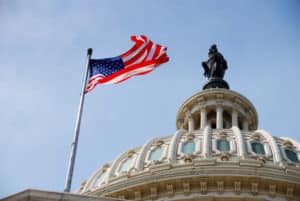 The new, combined version of H.R. 1, the Tax Cuts and Jobs Act bill, could cost life insurers about $22 billion over the period from 2018 through 2027.

Rep. Kevin Brady, R-Texas, originally proposed a version of the tax bill that would raise about $22 billion, by combining a $7 billion change in the tax rules for life insurers’ deferred acquisition cost (DAC) expenses, or spending on activities such as marketing, underwriting, and paying agents’ and brokers’ commissions, with a $14.9 billion change in life insurers’ reserving rules.

Over in the Senate, Sen. Orrin Hatch, R-Utah, proposed generating about $23 billion in revenue by simply changing the DAC rules.

The current version, which was produced by a House-Senate conference committee, appears to be more like the original Brady bill than it is like the Senate bill.