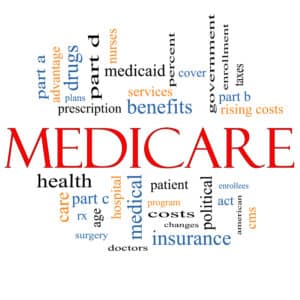 Medicaid provided health coverage to 1 of every 5 of us, about 74 million Americans, as of June 2017, costing us $553 billion

Medicaid provided coverage to about one in five Americans, or about 74 million as of June 2017. “Total Medicaid spending was $553 billion in FY 2016 with 63 percent paid by the federal government and 37 percent by states. Medicaid accounts for one in six dollars spent in the health care system, but more than 50 percent of long-term care spending and 10 percent of prescription drug spending.” The key factors affecting total Medicaid spending and enrollment changes over the last decade have been the lingering effects of The Great Recession followed by the implementation of the Affordable Care Act (ACA). “As of September 2016, 32 states including DC have adopted the ACA Medicaid expansion, with Louisiana implementing at the beginning of FY 2017. Under the law, the federal government provided 100 percent of the cost of expansion for calendar years 2014-2016, gradually phasing down to 95 percent in CY 2017, 94 percent in CY 2018, 93 percent in CY 2019, and 90 percent in CY 2020 and beyond.”

Looking ahead, “the federal budget for FY 2018, legislation to improve ACA market stability and other efforts to reform the tax code may open the door to additional debate around Medicaid and its role. Other changes without legislation are likely to occur through administrative actions that change Medicaid through approval new waivers and regulations. Other administrative changes to the Marketplace could also have potential implications for Medicaid. Finally, emergency assistance to provide relief to states and territories hit hardest by recent hurricanes as well as for efforts to address the opioid epidemic could bring additional resources to some states. All of these legislative and administrative actions could have implications for state budgets and the Medicaid program in FY 2018 and beyond.”