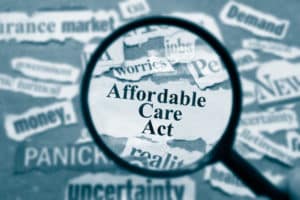 The unexpected assessment comes from consultants, policy experts, and state officials, who are trying to discern the potential fallout from a Washington health care debate that’s becoming even more complicated and volatile.

What’s driving the predictions? It’s because another subsidy that’s part of the health law would go up for people with low-to-moderate incomes, offsetting Trump’s move.

other end goes up.

According to one estimate, more consumers would sign up for coverage next year even though Trump says the Affordable Care Act is “virtually dead.”

On Thursday, the fate of the health law’s subsidy for copays and deductibles remained unclear as a bipartisan congressional deal to continue payments faced political roadblocks. Separately, state attorneys general were seeking a federal court order to keep the money flowing.

Trump’s attempt to shut off the subsidy for copays and deductibles would cause a different subsidy to jump up, the one for premiums.

The Obama-era health care law actually has two major subsidies that benefit consumers with low-to-moderate incomes. The one targeted by Trump reimburses insurers for reducing copays and deductibles, and is under a legal cloud. The other subsidy is a tax credit that reduces the premiums people pay, and it is not in jeopardy.