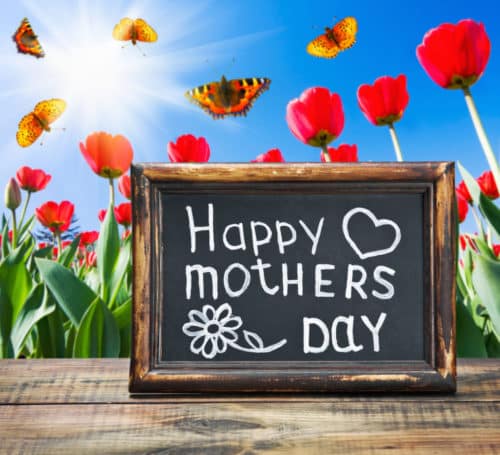 The origins of Mother’s Day are attributed to different people. Many believe that two women, Julia Ward Howe and Anna Jarvis were important in establishing the tradition of Mother’s Day in the United States. Other sources say that Juliet Calhoun Blakely initiated Mother’s Day in Albion, Michigan, in the late 1800s. Her sons paid tribute to her each year and urged others to honor their mothers.

Around 1870, Julia Ward Howe called for Mother’s Day to be celebrated each year to encourage pacifism and disarmament amongst women. It continued to be held in Boston for about ten years under her sponsorship, but died out after that.

In 1907, Anna Jarvis held a private Mother’s Day celebration in memory of her mother, Ann Jarvis, in Grafton, West Virginia. Ann Jarvis had organized “Mother’s Day Work Clubs” to improve health and cleanliness in the area where she lived. Anna Jarvis launched a quest for Mother’s Day to be more widely recognized. Her campaign was later financially supported by John Wanamaker, a clothing merchant from Philadelphia.

In 1908, she was instrumental in arranging a service in the Andrew’s Methodist Episcopal Church in Grafton, West Virginia, which was attended by 407 children and their mothers. The church has now become the International Mother’s Day Shrine. It is a tribute to all mothers and has been designated as a National Historic Landmark.

Mother’s Day has become a day that focuses on generally recognizing mothers’ and mother figures’ roles. Mother’s Day has also become an increasingly important event for businesses in recent years. This is particularly true of restaurants and businesses manufacturing and selling cards and gift items.