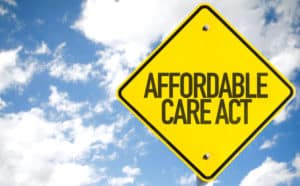 Sales of Medicare plans, and sales of individual major medical coverage to people who qualify for Affordable Care Act subsidies, have been strong.

Sales of individual major medical coverage to people who do not qualify for ACA subsidies, and who must pay all of the premiums out of their own pockets, have been weak.

A pioneer in efforts to sell health insurance through the web, eHealth Inc., gave that assessment Tuesday, in a preview of the company’s earnings for the fourth quarter of 2017.

The Mountain View, California-based web broker warned that it expects to report a net loss for the quarter of $22.5 million to $23.5 million, on revenue of $39 million to $40 million.

The company also announced plans to pay $20 million in cash and stock to acquire Health, Wealth and Life Advisors L.L.C., which is known as GoMedigap. GoMedigap connects consumers with agents who sell Medicare supplement insurance coverage.

Because of concerns about claim costs and regulatory uncertainty, some insurers dropped out of the individual major medical market in 2018. Some of the insurers still in the market increased 2018 rates by an average of 25% or more. Read more…