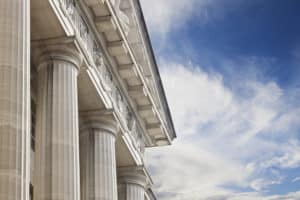 Action Taken: On December 2, at 2 a.m. (!), the Senate approved its version of the Tax Cuts and Jobs Act, a comprehensive tax reform bill similar to the House’s bill of the same title.

Background: With the Senate’s 51-49 passage along party lines, the effort to enact the most major tax reform since 1986 moves toward the final phase. Sen. Corker (R-TN) was the only Republican to vote against the bill. The House and Senate are scheduled to proceed to a conference committee this week, where the differences between the House and Senate versions will be resolved.  It is anticipated that a final bill will be on the President’s desk for signature before the end of the year.

NAIFA’s strategy of working some issues behind the scenes, activating grassroots support, and our ongoing coalition efforts have gotten us much of what we need.  Neither the House nor Senate bills change the tax rules for life insurance and annuity products, funding rules for retirement savings plans, non-qualified deferred compensation arrangements, or workplace benefits.  The Senate bill includes the corrections industry sought to the tax provisions specific to life insurance companies, and we are hopeful these corrections will be adopted in the final version negotiated via conference.

NAIFA’s side-by-side comparison of the two bills describes some of the provisions impacting NAIFA members and clients, including:

Next Step:  Watch for more detailed analysis once the conference committee has concluded its work.