Further delays could mean deeper cuts in benefits or increases in taxes or both, according to a BPC report by the last two public trustees of the Trust funds 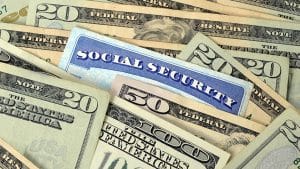 The window of opportunity to make up the shortfalls in the Social Security and Medicare trust funds is closing, and the longer the government delays, the harder it will be to keep the funds intact, according to a new analysis from the Bipartisan Policy Center.

Social Security, financed through payroll taxes, faces a 75-year financing shortfall equal to 17% of projected costs while the Medicare Hospital Insurance program faces a shortfall of 14% of projected costs. If no changes are made to the financing or benefits of Social Security, its trust fund will be depleted by 2034; benefits could be cut by 23% or payroll taxes increased from 12.4% to 16.4% to maintain the fund’s solvency.

Doing nothing to address the shortfall in the Medicare trust fund, which is financed primarily from general government funds, would increase pressure on the federal budget.

“The imbalance is so large it’s an open question whether lawmakers will do something to close the shortfall, which gets harder to close with every passing year,” said Charles Blahous, III, one of the report’s authors who spoke at a BPC dicussion Wednesday on Retirement in America.

While many small-business clients would welcome the lower tax rate for pass-through income, it could hinder these clients’ retirement planning…

Robert Reischauer, his co-author, recommended that any steps taken to close the financing gap should concentrate on those further from retirement, but Blahous said baby boomers should also be part of the solution.

Blahous and Reischauer are the last two public trustees of the Security Social Security and Medicare trust funds. They left after the 2015 Trustees reports were published and haven’t been replaced. Read more…