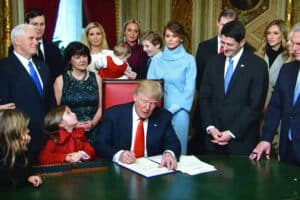 The Trump administration told U.S. states on Thursday they can for the first time move toward imposing work or job training requirements on people as a condition for obtaining health insurance under the Medicaid government program for the poor.

The Centers for Medicare and Medicaid Services issued guidance making it easier for states to design and propose test programs that implement such requirements. States must propose such changes through waivers and receive federal approval.

Democrats and health advocacy groups blasted the policy and said it would make it more difficult for the most vulnerable Americans to have access to healthcare services. The Southern Poverty Law Center liberal advocacy group said it plans to file a legal challenge against the administration.