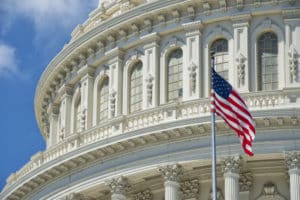 Earlier this week, NAHU called on members to take action on our latest Operation Shout to ask Congress to further delay the Cadillac/Excise Tax as they consider additional delays of the Health Insurance Tax (HIT) and the Medical Device Tax. All three of these ACA taxes were delayed in December 2015, with the Cadillac Tax delayed until 2020 and the HIT and Medical Device Tax delayed for one-year each. Employers have already begun planning for these taxes as if they will take effect, and Americans are seeing drastic cuts to their health insurance benefits as a result. While NAHU continues to advocate a permanent repeal of these taxes, we urge Congress to… Read More

On Wednesday, Senators Heidi Heitkamp (D-ND), Jeanne Shaheen (D-NH) and Joe Donnelly (D-IN) introduced S. 1978, the Small Business and Family Health Tax Relief Act. The bill would provide for a two-year delay of the Health Insurance Tax (HIT) and make it tax deductible thereafter. The bill is in addition to S. 1859, legislation introduced last month by Senator Cory Gardner (R-CO), which would extend the current one-year moratorium of the HIT through calendar year 2018. NAHU along with the Stop the HIT coalition have long advocated for permanent repeal of this tax, or short of that, to provide for a temporary delay of the tax until… Read More

After months of behind-the-scenes negotiations that were recharged by President Trump’s announcement to no longer fund the ACA’s cost-sharing reduction program, Congress is finally making progress at advancing their market stability bill. NAHU has been calling for market stability legislation since last year and made it the focus of February’s Capitol Conference. On this week’s podcast, NAHU’s Vice President of Congressional Affairs John Greene and Vice President of Government Affairs Marcy M. Buckner break down the major components of the bill that was introduced this week, including the provisions that NAHU has been specifically calling for, and what its chances are to be passed before the end of the year to have a meaningful impact for your clients. To listen to the podcast, click here… Read More

Did You Miss Yesterday’s Compliance Corner Webinar on ERISA-Required Disclosures? Watch it Now!

Yesterday, Compliance Corner panelists Barb Gerken, director of employee benefit compliance for First Insurance Group, and Carol Taylor, compliance officer for Kirby Employee Benefits, presented a NAHU member-exclusive Compliance Corner webinar, “Fuzzy on ERISA-Required Disclosures?” The webinar included a grab bag of what you need to know about the ERISA-required disclosure notices, and answered many issues in ERISA disclosures like what to do with a client that is also known as a grandfathered plan, as well as a wellness plan, informing employees about GINA, special enrollment rights, plus CHIPRA, mental health, COBRA, and hospital admissions. If you missed the webinar… Read More

The Cook Political Report is out with some major rating changes for 12 districts, lowering the likelihood of Republicans keeping their seat without a challenge. Within those 12, there have been five districts that have changed from solid Republican seats to a likely GOP seat, which are not considered competitive but have a potential to be. The other six districts have either changed from likely to leaning Republican, where the seat is considered competitive though one party has an advantage, or from leaning Republican to a tossup between the two parties. The only district that the Democrats had a ratings change was… Read More

Alas, the Chicago Cubs will not be back in the Fall Classic to defend their World Series title. Kiké Hernández helped push the Dodgers ahead of the Cubs with a thrilling three-homer game, where they will next face either the Yankees or Astros. Meanwhile, we’ll go back to reading up on health policy… Read More